6 Women In Construction Who Paved The Industry Today

History of Women In Construction

The construction industry has historically been a male-dominated field. This doesn’t mean there have been no female construction workers. There are signs that European women were working in construction as early as the 17th century. However, these pioneer women worked hard for little money and were never documented as true members of the crew.

In the 19th century, individual women began defying gender restrictions to fill important construction roles, although their contributions were not fully recognized at the time. From the woman who supervised construction of the Brooklyn Bridge when her husband became ill to the first female architects to an originator of ergonomic design (who was required to list her husband as co-author on her books, although she had a PhD and he never attended college), they made history and paved the way for future generations of women in the field.

World War II gave women new opportunities for non-traditional work. By 1943, with thousands of men serving overseas in the military, women were filling many of the country’s critical mechanical, technical and physical labor roles. Rosie the Riveter became a symbol of the times. Westinghouse trained dozens of women in electrical engineering because of the shortage of male workers. But when the war ended, many of these opportunities evaporated.

Today, the construction industry remains predominantly male. Only 10.9 percent1 of the industry workforce are women, and most of those women are office workers. On the job site, women only account for one out of every 100 workers and technicians. However, according to the Institute for Women’s Policy Research, between 2017 and 2018, the percentage of women in construction trades had the highest increase in 20 years —17.6 percent. With societal changes in gender role perceptions and a critical shortage of construction workers, efforts are growing to support and promote the participation of young women in the industry.

The NAWIC founded Women in Construction Week in 1960 as an event to help bring women together and emphasize their role in the industry — a role that is growing rapidly. Today, 13 percent of construction firms are owned by women, 64 percent more than in 2014, and 44 percent of top U.S. contracting companies employ women in executive roles.

As labor shortages continue to grow in the construction industry, bringing additional women into the workforce represents an opportunity. In addition, a 2020 report by McKinsey & Co. showed that highly gender-diverse companies are 25 percent more likely to achieve above-average profitability than companies with less diversity. This is one of many recent studies that indicates that diversity, including gender diversity, supports better decision making, more innovation and better business outcomes. History has already shown us that women have a lot to offer in a competitive industry like construction.

The names of women who paved the way for their gender’s participation in architecture, engineering and construction may not be as famous as some of their male counterparts, but the industry, including residential building, would not be the same today without their contributions.

Elizabeth, Lady Wilbraham (1632-1705) is the first known woman architect to draw up her own designs. She designed grand houses for her extended family. Wilbraham may have been involved in hundreds of other buildings for which she could not take credit at the time, including several London churches which are officially attributed to famous architect Christopher Wren.

Emily Roebling became one of the first documented women in construction, leading the way for women in all different sects of construction. In 1872, after her husband fell ill, Emily took over as a representative of his position of chief engineer to oversee the completion of the Brooklyn Bridge. Although her husband retained the title, Emily carried out the duties of Chief Engineer knowledgeably — learning materials science, stress analysis and cable performance — to serve as project manager and construction supervisor for 11 years until the project’s completion.

In 1898, the first woman architect gained full professional recognition in England when Ethel Charles was admitted to the Royal Institute of British Architects (RIBA). Unable to win large commissions, she worked on improving laborers’ cottages. Her designs are now regarded as significant contributions to the garden city concept, in which residential communities are surrounded with greenbelt land.

After gaining a degree in civil engineering from the University of California, in 1898, Julia Morgan was the first woman to be admitted to the renowned architecture program at the École de Beaux-Arts in Paris. She returned to California and became the first licensed female architect in the state and an outstanding residential designer in the Arts and Crafts style. Her most famous residence, however, was Hearst Castle, for which she applied her knowledge of classical architecture and reinforced concrete. She was both designer and construction supervisor on the 28-year project. 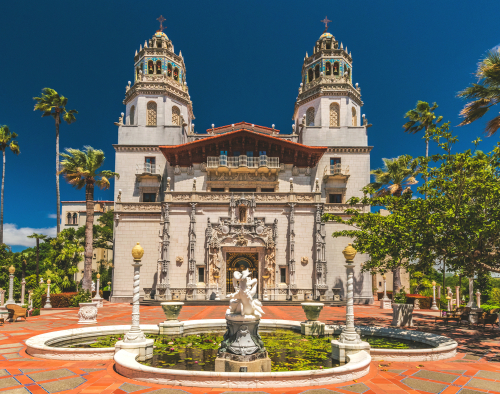 Gilbreth is credited with many “firsts'' in the field of engineering, including household appliance and kitchen designs, many of which are still used today in residential design and construction. In 1926 she became the first female member of the Society of Mechanical Engineers; in 1951, she was the first woman to earn a Ph.D. in engineering; and in 1965, when she was in her late 80s, she became the first woman elected to the National Academy of Engineering. She is heralded as a pioneer in the field of industrial engineering and psychology, focusing on the human side of residential and office construction through human factor design and ergonomics, as well as construction processes.

Elsie Eaves became the first woman to be inducted as a full member of the American Society of Civil Engineers in 1927. Although she managed many major projects, her most important contribution was her concept of collecting data to track and report trends and spending within construction projects. She invented databases before there were even computers and had a significant impact on how residential and commercial building projects are managed today.

Know An Exceptional Woman In Construction?

Of course, there are many more women today who are building on the legacy of these predecessors to move the industry forward with dedication, innovation and inspiration.

If you know an exceptional woman in construction today who is paving the way for the industry’s future, we’d like to hear her story. Visit here to nominate her for recognition.

We also invite you to learn more about Hyphen’s construction management solutions or schedule a demo today.

WHAT ARE YOU WAITING FOR?Get Started